APPOINTMENT OF AB BANK BOARD CHAIRMAN 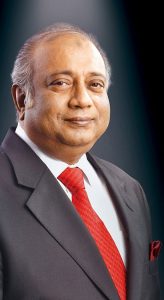 In the past he served on the boards of Alliance for Bangladesh workers Safety (USA), Global Alliance for Banking on Values and Performance Based Funds Initiative of IFC/World Bank Washington, PKSF, Bangladesh. He was made a Fellow of the Institute of Bankers, Bangladesh in 2001. In addition, he has participated in many international fora as key- note speaker and panelist.
Mr. Rumee Ali, is also currently the CEO of Bangladesh International Arbitration Centre.
His extensive and varied experience, charismatic leadership style and wide acceptance as a financial industry leader and personality will immensely benefit AB Bank in its journey forward.